The Rolex Sydney to Hobart Challenge is Australia’s most iconic and well known yacht race.

One crew prepared their assault on the Sydney to Hobart right here in Port Stephens basing themselves out of Soldiers Point Marina.

Decorated local Air Force officer Kevin Le Poidevin rallied together a crew of ‘old rogues’ to take on the Sydney to Hobart, with Soldiers Point Marina donating a berth to take the pressure off the preparations.

This week, the crew returned triumphant, having battled through grueling weather conditions to make a highly emotional finish in their bid to raise awareness for Soldier On and White Ribbon charities.

This year’s 75th Sydney to Hobart was a first for both Kevin and his boat, Rogue Wave.

Through their participation they raised awareness for causes close to their hearts.

Their secret weapon came in the form of accomplished Polish sailor Ms Asia Pajkowska who has completed a solo, unassisted circumnavigation.

“The sail was intense,” Kevin says. “Ours was one of the slowest handicap boats in the fleet. At one stage when I looked at the tracker we had made it to 43rd on the ranking and I felt, wow, we’re doing ok. But we were among the last 10 yachts to be hit by a couple of wild southerly fronts,” he said.

Even for professionals, training for any race is challenging. With crew members scattered from Adelaide to Newcastle and Poland, only being able to get a few crew members together at a time added another dimension of difficulty.

“Going back and forth from my mooring to get people on and off the boat was eating into any training time that we could find together,” Kevin said.

“So it made the world of difference to our preparation when Soldiers Point Marina generously made a berth available to us. It was their busiest time of year but they really looked after us and were very encouraging.”

Soldiers Point Marina Manager Darrell Barnett told News of the Area, “We wanted to do our bit to get behind this compassionate crew as they made preparations for a mammoth undertaking for a great cause.”

A true highlight that the crew will never forget is the reception the tired and elated crew encountered as they crossed the finish line.

They were cheered into Constitution Dock in Hobart by tens of thousands of spectators, all screaming and yelling within 15 metres of the boat as it sailed past, even the crews of the faster boats celebrating out on the harbour.

Asked if they would attempt it again, Keven’s response was “Hell Yeah!”

The total experience has strengthened his resolve to compete again.

You can try sailing in Port Stephens with SailTime a yacht based out of Soldiers Point Marina.

Old is new again in hands of students

Port Stephens Examiner – Thursday March 19, 2020 Four cameras that would otherwise be sitting unused in a cupboard at Soldiers Point Marina 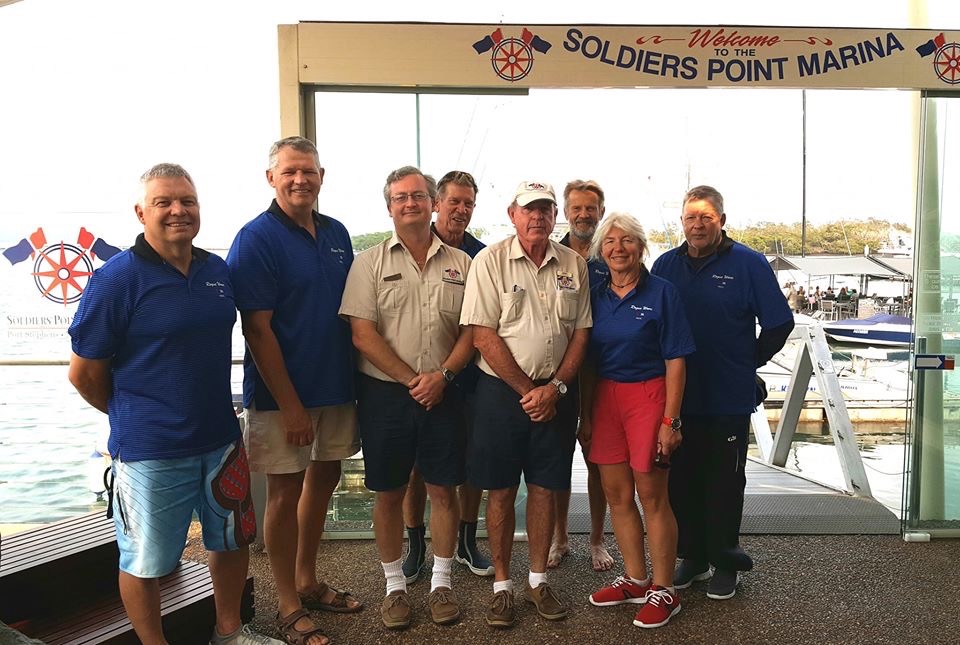 News of the Area – February 10, 2020 The Rolex Sydney to Hobart Challenge is Australia’s most iconic and well known yacht race. 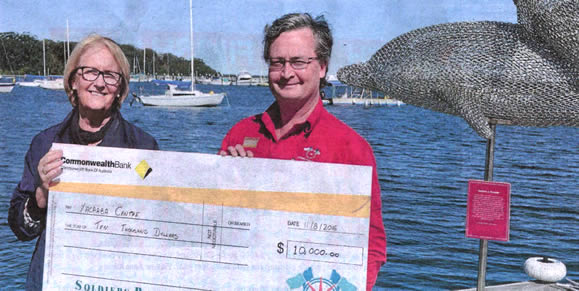 Much more than just shelter from the storm, Soldiers Point Marina combines first-class facilities with five-star service to ensure our guests want for nothing.